ARCHIVING THE ANTHROPOCENE: ARCHITECTURE IN THE AGE OF MAN

The ‘Anthropocene’ has been proposed to describe the current geological age we are within. Humankind has mindlessly archived contemporary behaviours, manifesting within the Earth’s geology itself. On the field trip to Stockholm, this relationship between humankind and rock became evident. Here, geology protrudes out and meets the urban fabric in so many unusual manners in the city thanks to Ice Age glaciers pulling away the top soils, leaving the bedrock exposed. The site chosen is one example of this juncture, where a cruise terminal sits nestled between two cliff outcrops of granite.

A study of the site revealed a geometric, timic terrain that could be reinhabited as a blueprint for a masterplan. The landscape is a Bergsonian simultaneity; with historic geometric traces of architecture on the site re-established as new buildings for the deep future.

The masterplan proposed is a forward-facing archive, critiquing the role of architecture in the Anthropocene. With a cruise ship port, train station, research institute, data centre and museums, this scheme is a large-scale, long-scale term project, with an agenda. The built landscape is considered as a process, constantly evolving in the duration of time, with each piece of architecture acting as a piece of timic data itself. An Anthropocenic archive of ruins for the future.

The work is presented in an archival manner, in a plan chest. Here work is found in an organised fashion, in reverse chronology from top to bottom. This layering of information acts like the strata of rocks which this project seeks to work with.

THE ACCIDENTAL ARCHIVE: OUR ONLINE SELF-PORTRAITS

Mapping the geologies of Stockholm: from digital to physical.

THE ROCK ARCHIVE: FINDING INTERFACES OF ROCK AND MAN IN STOCKHOLM 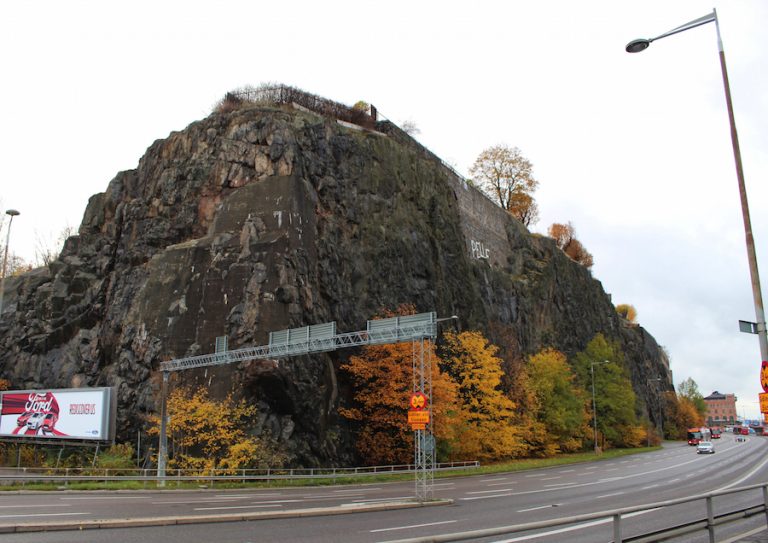 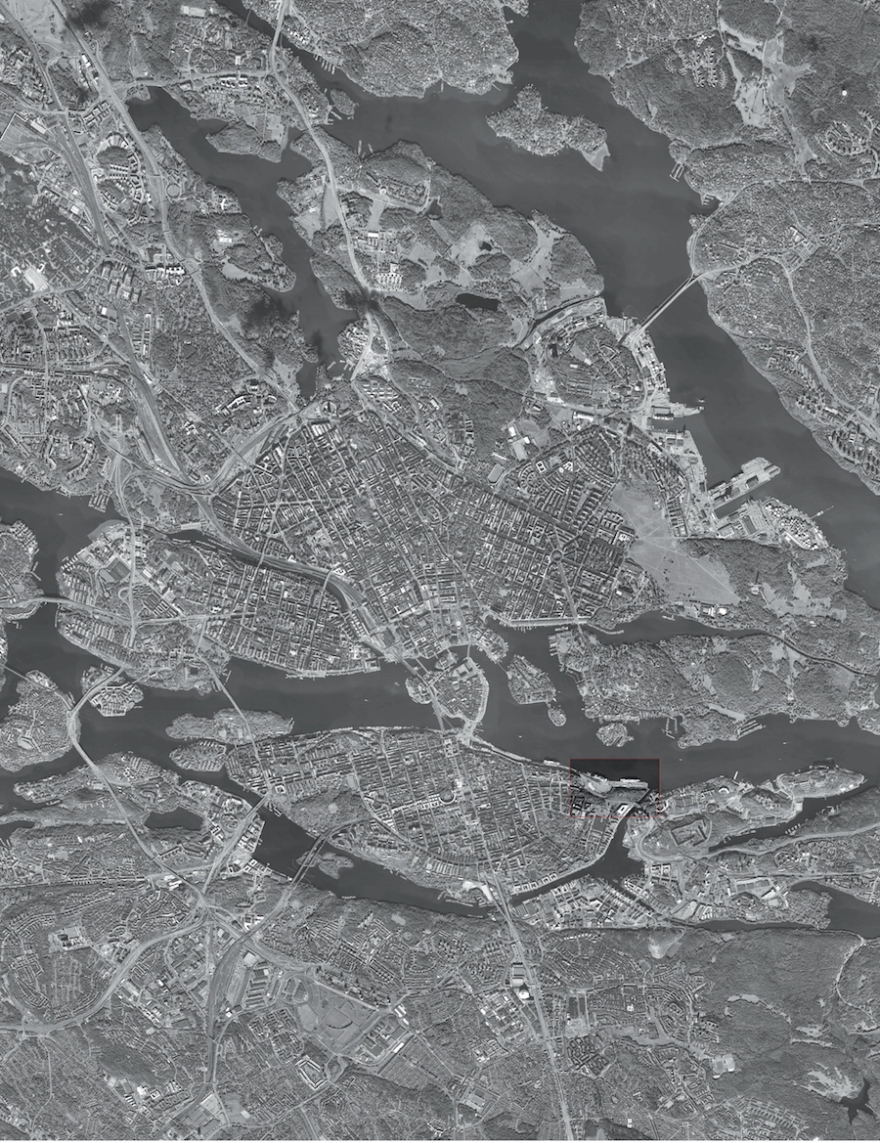 MAPPING THE SITE AS SIMULTANEOUS TIME: AN ARCHIVE LANDSCAPE THE ANTHROPOCENE ARCHIVE: A MASTERPLAN 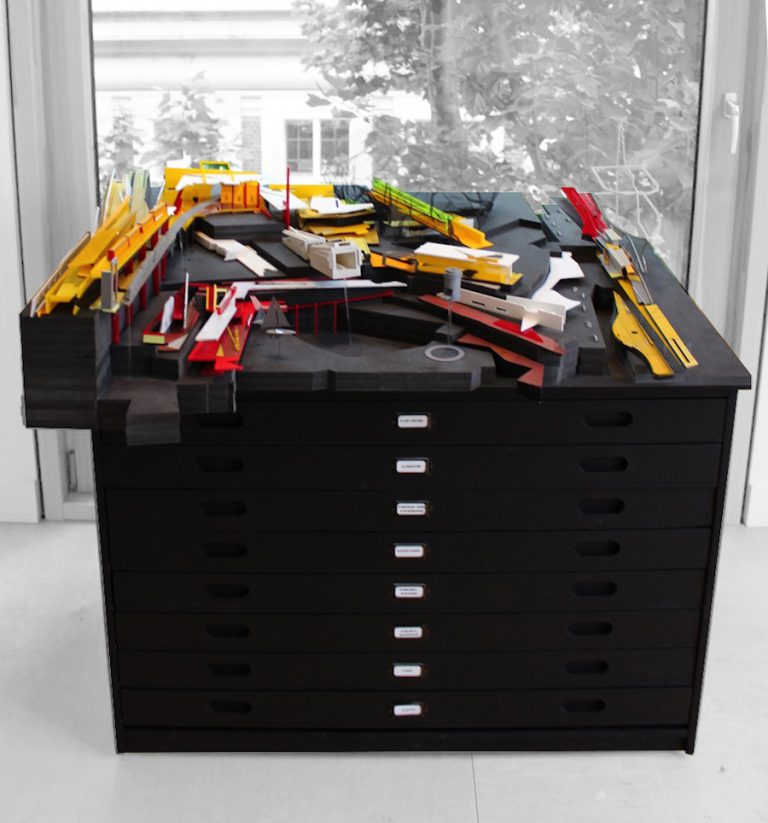 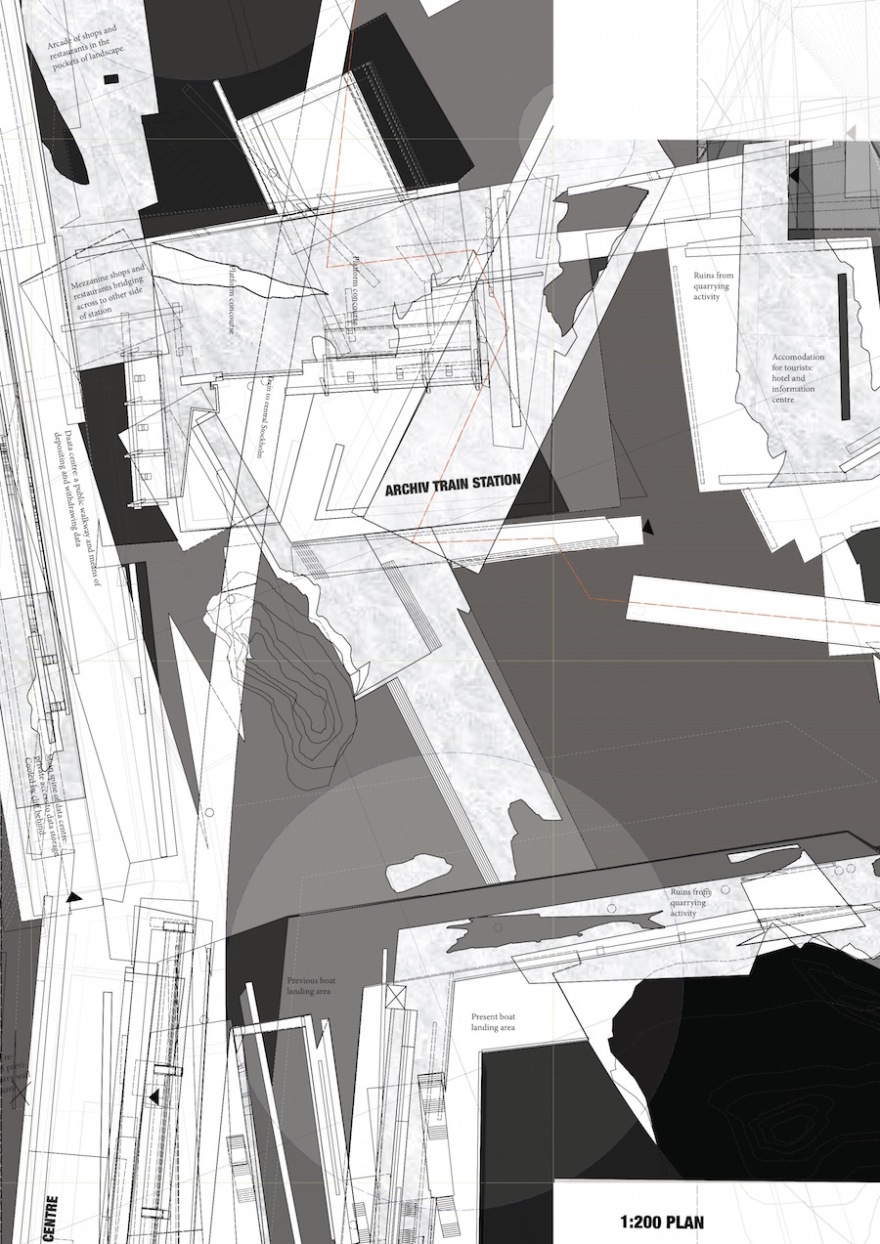 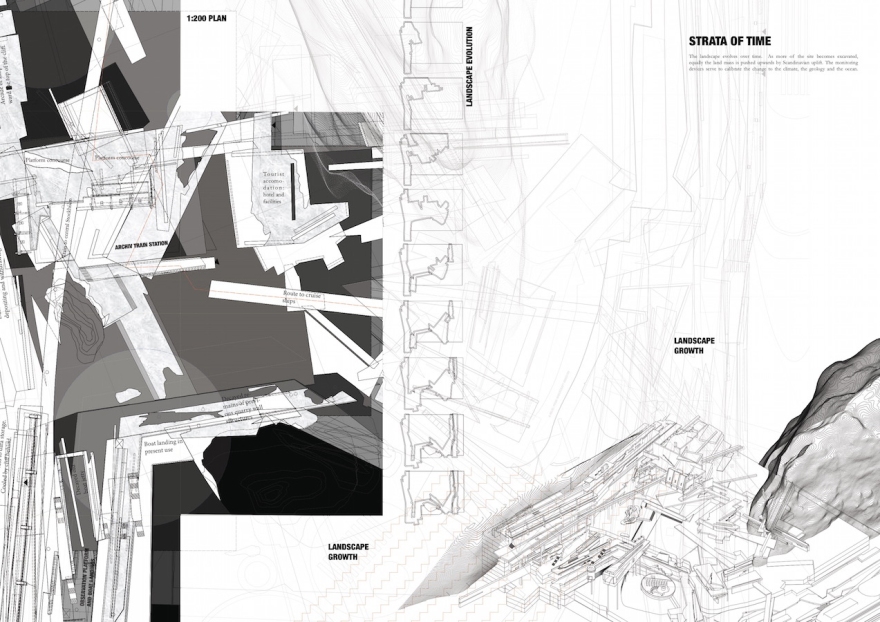 TIMIC TRACES: THE MASTERPLAN AS IT DECAYS IN TIME